Implementation of The Nigeria Prize for Literature

Profile of Advisory Board Members 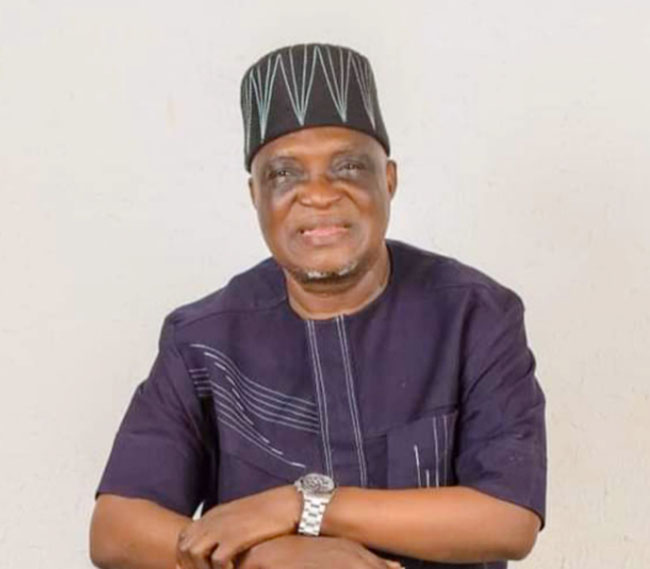 In a citation on him when he was conferred with the Nigeria National Merit Award, Prof Prof Olu Obafemi was described as “a multi-talented and many-sided personality. Playwright, poet, novelist, scholar, teacher, translator, and much more. Besides, he is the public intellectual par excellence, one who has exhibited throughout his turbulent career, a moral commitment to interrogate the social injustices in our nation and elsewhere, while striving to build bridges of understanding across the contentious gulfs of class, culture and race.”

Born Tuesday, 4th April, 1950, in Akutukpa Bunu, Kabba, Kogi State, he studied English at Ahmadu Bello University, Zaria. He then earned a master’s degree at University of Sheffield, and a doctorate at University of Leeds, both in the UK. He returned to Nigeria in 1981 to pursue a career in academia, and has been Professor of English and Dramatic Literature at University of Ilorin, Kwara State, since 1990 until his recent retirement.

As a playwright, his published plays include Nights of a Mystical Beast (1986), The New Dawn (1986), Suicide Syndrome (1993), Naira Has No Gender (1993), The love Twirls of Adiitu-Olodumare (2016) and Iyunade (2016). His plays explore solutions to the country’s problems. As a poet, he has published a volume of poems, Songs of Hope, from which two poems were picked for the Joint Admission and Matriculation Board (JAMB) syllabus.

As a scholar, his works include Nigerian Writers on the Nigerian Civil War (1992), and Contemporary Nigerian Theatre: Cultural Heritage and Social Vision (1996). He also edited New Introduction to Literature (1994), and co-edited Character Is Beauty: Redefining Yoruba Culture and Identity (2001).

He has been President of the Association of Nigerian Authors (ANA), which is a reflection of his commitment not only to writing but also to the world of writers, as well as Chairman of the Governing Board of National Commission for Museums and Monuments (NCMM). As President of the Nigerian Academy of Letters (NAL), the apex body of arts and literature in Nigeria, he continued on his trajectory of services to the humanities.

Obafemi’s stint as Director of Research at the National Institute of Policy and Strategic Studies (NIPSS), Kuru-Jos, further highlighted his multidimensionality.

He remains dynamic and relevant as a man of ideas, and is currently Chairman of the Nigerian Reproduction Rights Society of Nigeria (REPRONIG). 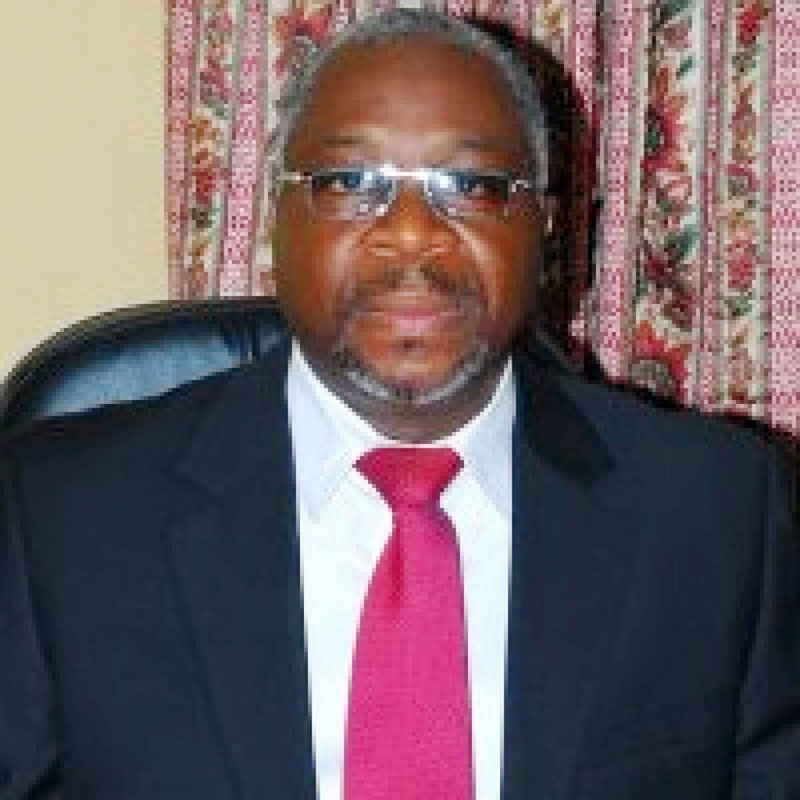 Professor Yerima also worked at the Ministry of Tourism, Culture and National Orientation (1991-2009) where he rose to become the Director-General of the National Theatre and National Troupe and also the Director- General of the Abuja Carnival. Professor Yerima is also an award- winning playwright. He has written over seventy published plays including plays like The Trials of Ovonramwen, Attahiru, Yemoja, The Wives, The Sisters, Tuti, Odenigbo, Iyase, Abobaku, Pari, Hendu, Lanpapa, Lottery Ticket, Jakadiya, and Idemili. One of them, Hard Ground won the NLNG prize for Nigerian Literature, (2006). He was co-ordinating Secretary for the Vision 20-20 Sub-Committee on Culture and Tourism, (2007). Prof. Yerima is a fellow of the Society of Nigerian Theatre Artistes, (SONTA), a Fellow of NANTAP, and a Member of the Nigerian Academy of Letters. He was appointed a member of the Advisory Board of The Nigeria Prize for Literature and The Nigeria Prize for Literary Criticism in 2021. 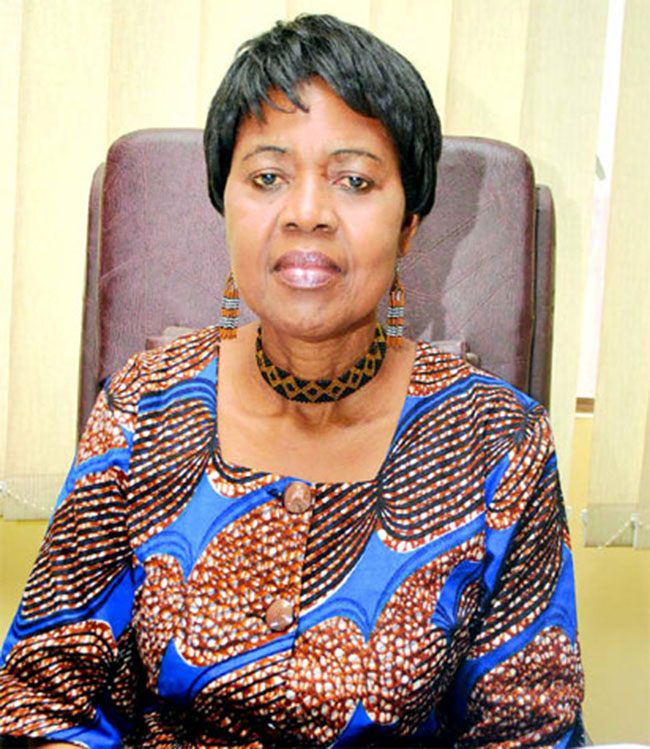 Akachi Adimora-Ezeigbo, a multiple award-winning prolific writer and international scholar, has taught in three universities in Nigeria – University of Lagos, Alex Ekwueme Federal University Ndufu-Alike, Ikwo (AE-FUNAI) and Ebonyi State University, Abakaliki, in Ebonyi State – as well as in South Africa and the United Kingdom. She was a three-time Head of English Department at University of Lagos (Unilag), and received the Best Researcher Award in the Arts and the Humanities from UNILAG in 2005. She has been awarded visiting Fellowships in the United Kingdom, South Africa and Germany and has given Keynote Lectures in universities in the USA. Apart from academic books and scholarly articles in local and international journals, she has published in all genres of literature: she is a poet, novelist, playwright, short story writer and children’s book author, writing under the pen name Akachi Adimora-Ezeigbo. She was a joint winner of The Nigeria Prize for Literature (NPL) in 2007 with her children’s novel My Cousin Sammy. Other literary prizes she won include WORDOC Short Story Prize (1994), ANA/Spectrum Prize for Prose (2001), Zulu Sofola Prize (2001), NDDC/Flora Nwapa Prize (2003), ANA/Atiku Abubakar Children’s Literature Prize (2008), ANA/Cadbury Poetry Prize (2009) and African Literature Association (ALA) Best Short Story Award (2020). She is a Fellow of the Nigerian Academy of Letters (FNAL), the Literary Society of Nigeria (FLSN), English Scholars Association of Nigeria (FESAN) and Association of Nigerian Authors (FANA). Akachi Ezeigbo was the Vice President of PEN International, Nigeria Centre (2002-2011) and Vice President of Women Writers Association of Nigeria – WRITA (1995-1999). She is a Director in the Board of Directors of University Press PLC, Ibadan, and a Member of the Governing Council of the National Institute for Nigerian Languages (NINLAN), Aba. In February 2021, Ezeigbo was appointed a Member of the Board of Trustees of IRUKA: Centre for the Study of the Future of Igbo. She was the Chair of the Panel of Judges for the 2011 The Nigeria Prize for Literature, in the Children Literature category. Akachi Ezeigbo is married to Professor Chris Ezeigbo and they have children and grandchildren.

Responsibilities of The Advisory Board

The board shall meet at least four times per annum on the Prize. These meetings can be physical or virtual. The roles of the board include to:

This is a committee of judges set up by the Advisory Board to review and adjudicate entries submitted for The Nigeria Prize for Literature. The members of the panel shall be selected by the Advisory Board to reflect the geo-ethnic balance of Nigeria. Their tenure is annual. The Nigeria Prize for Literature shall have three Nigerian judges and one international judge.

Duties of the judges shall include:

We use cookies on our website to give you the most relevant experience by remembering your preferences and repeat visits. By clicking “Accept”, you consent to the use of ALL the cookies.
Cookie settingsACCEPT
Manage consent

This website uses cookies to improve your experience while you navigate through the website. Out of these, the cookies that are categorized as necessary are stored on your browser as they are essential for the working of basic functionalities of the website. We also use third-party cookies that help us analyze and understand how you use this website. These cookies will be stored in your browser only with your consent. You also have the option to opt-out of these cookies. But opting out of some of these cookies may affect your browsing experience.
Necessary Always Enabled
Necessary cookies are absolutely essential for the website to function properly. These cookies ensure basic functionalities and security features of the website, anonymously.
Functional
Functional cookies help to perform certain functionalities like sharing the content of the website on social media platforms, collect feedbacks, and other third-party features.
Performance
Performance cookies are used to understand and analyze the key performance indexes of the website which helps in delivering a better user experience for the visitors.
Analytics
Analytical cookies are used to understand how visitors interact with the website. These cookies help provide information on metrics the number of visitors, bounce rate, traffic source, etc.
Advertisement
Advertisement cookies are used to provide visitors with relevant ads and marketing campaigns. These cookies track visitors across websites and collect information to provide customized ads.
Others
Other uncategorized cookies are those that are being analyzed and have not been classified into a category as yet.
SAVE & ACCEPT